Robin Hood is without doubt one of the most loved legends in human history. His story is one of a hero who fights for those less fortunate than himself, a rebel who against insurmountable odds, manages to pull a victory out of what seems like certain defeat. A hero who is loved by all and is constantly referred back to as an example of what a hero should be. He is the definition of bravery, honor, and loyalty. He is the hero who stole from the rich to give to the poor, and in a time when people valued being rich over being fair, he was a hero who stood up for those who had nothing.

Many are familiar with Robin Hood, the legendary heroic outlaw who robbed from the rich and shared it with the poor. This Robin Hood is based on the video game of the same name, which is based on the same story (albeit with a few liberties). In Hood, Robin Hood is seen as a heroic figure, but he is not without his flaws. You may find that you are more like the Sheriff of Nottingham than you care to admit. 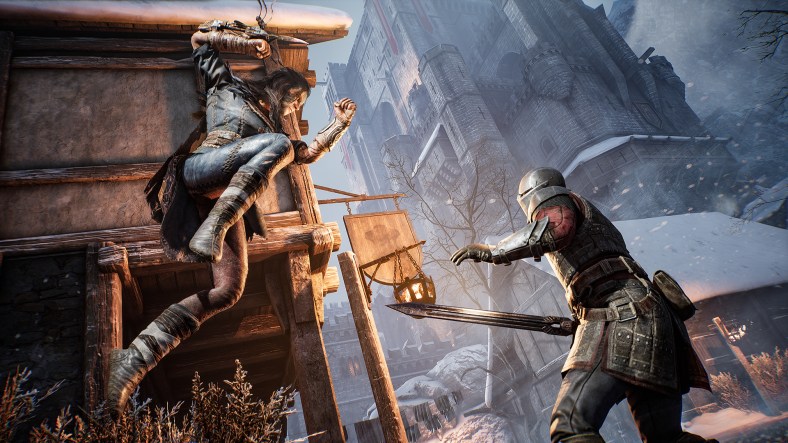 In this cover: The Robin Outlaws & Legends guide provides a complete overview of the character, as well as tips and tricks on how to play him. Robin is one of the four characters you can play with in the game. Like all other classes in the game, Robin has unique equipment, skills, and play style, which we’ll explain below.

If you’re familiar with most RPGs and other action games with classes, I can easily tell you that Robin is the hunter. If you like agility, stealth and good distance skills, Robin is your character. His kit consists of making his arrows more powerful and giving him bonuses for reconnaissance, such as a long-lasting enemy marker for you and your opponents. Below is a detailed analysis of Robin and how to use him more effectively in combat.

To start with Robin’s gear, you have the Flash Grenade, which is great for blinding enemies. He cannot hide you from all enemies, but all enemies hit by the flash grenade will be blinded and disoriented for a moment, giving you time to escape from the combat zone. However, if there are enemies in the distance that are not in range of the flash grenade, they can still attack you normally, so use it wisely.

Robin’s ability is a very powerful skill that allows him to shoot explosive arrows at enemies. This gift is excellent for keeping a crowd in check. If you see a group of enemies standing together, you can fire this explosive arrow into their midst and watch them disintegrate. However, there is one thing to keep in mind: This capacity has a relatively long charge time, so there are large intervals between use, so you should always use it very carefully.

Robin is a Ranger, so of course he has the traits of a scout. With the Scout trait, Robin can tag enemies and they will stay tagged much longer for you and your teammates. Robin can scout the situation, mark the enemies and return at any time. Since enemies remain visible for much longer, this gives you enough time to prepare an attack on approaching enemies.

Robin has three perk slots where multiple perks can be installed to customize gameplay to your play style. There aren’t many settings in the game, so these perks are the only way to tweak the style of the game a bit to your liking. We recommend that you use the following when playing the role of Robin.

Tips and tricks to play with Robin

For more help with Hood : Outlaws & Legends, see the manuals linked below:

This is the end of our hud: Robin Outlaws & Legends Guide. If you have anything to add to this guide, please do so in the comment box below.

This source has been very much helpful in doing our research. Read more about hood: outlaws and legends ps4 and let us know what you think.

Cross-platform gaming has had its ups and downs in the past. For a time, it seemed like Sony and Microsoft were going to be the only companies in the running, but Valve’s Steam-based Steam Boxes made them a serious contender in the battle for living room dominance. But now, the latest rumors are pointing towards another possible contender: Hood: outlaws and legends. With the new Steam Boxes, Valve is entering a brand new market, but one with serious competition. Sony and Microsoft are both serious players in this space, and with their existing fanbases on the PlayStation and Xbox platforms, they have a serious advantage. So, can Valve — or any company — really make it as a new player in the market? After only a month of being on Steam, Hood: Outlaws and Legends has already been banned from cross platform play on PC, due to an overwhelming amount of complaints from the console community. In the game, Hood is a third person shooter where the goal is to be the last one standing. It is described as a “competitive open world shooter where the most skilled player wins.” In a recent tweet (which has now been deleted) from the official Hood account, it was said that the reason for cross play being banned was because of the PC community, and how they were not playing fair. The statement said “We won’t be supporting cross-platform play with other platforms because of the stark difference in user population between the Steam PC version and the

Will Hood outlaws and legends come to PC?

So, hood: outlaws and legends is coming to PC, but the question is: is it worth the wait? For those that don’t know, the gaming community has been anticipating the game since it was first announced in 2013. In fact, the game has been available on the PS4 and Xbox One since last year, but will be coming to PC this year. Another thing that people have asked is about whether or not the game will be made available to Mac users. The answer to that question is, sadly, no. The game will not be available on Mac. The game is being released by TaleWorlds Entertainment, and it will be released by a company called STEAMPUNKS. STEAMPUNKS is The combination of open-world exploration, cover-based shooting, and a story set in the universe of a classic animated film sounds like a recipe for success. However, Aloft Studios’ Hood: outlaws and legends does not manage to bring these elements together in a convincing way. The game’s story is told through cutscenes that try and fail to be funny and instead fall flat, and the gunplay is mediocre and uninspired. The world is overly busy and often cluttered, and it is difficult to get a bead on your enemies due to the confusing level design.